The Best of the Burdekin – Outside Edge Adventures 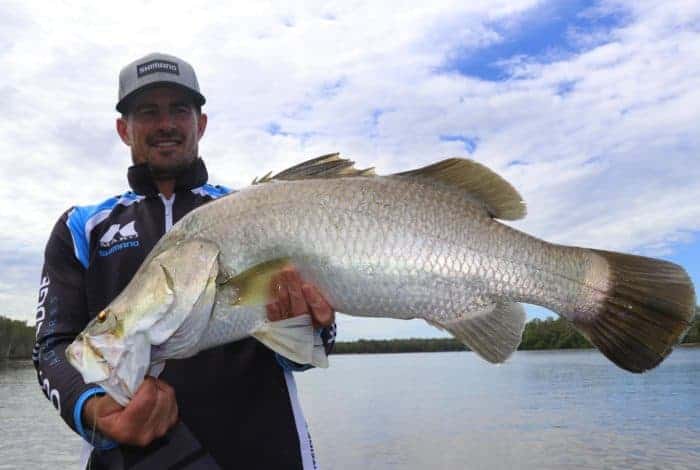 The Best of the Burdekin

Most fisherman would agree that you don't become a real man until you catch a one metre Barramundi. I have been fishing for Barra for quite sometime and to be honest, I've missed a couple of chances to land that one fish that changes my social status from boy to man.

That was all about to change. I was heading to the Burdekin River to catch the elusive fish and finally become a man.

Where's the Burdekin River you ask? This spectacular part of the world is located about an hour and half hour South of Townsville, North Queensland. It is the major river system in the region and is home to many trophy Barramundi. But would I be taking one home?

I'd planned the perfect trip. The recent wet season had given the river a good flush of freshwater and it had cleaned up beautifully. I set out on the building tide with all my essentials; my secret home made timber lures, and a few bags of squidgy prawns because everything eats a prawn, oh and beer we can’t forget that.

The only thing standing in my way was time. I had just one day to catch myself a big one metre Barra.

We arrived at the boat ramp to set out for a full day of fishing. We launch the boat into what looks like every other river system, mud banks lined with mangroves. As we head further up the river the saltwater met the freshwater and the river changes quite considerably with banks becoming sandy and the river looking somewhat like an inland beach.

We started fishing around some snags and fallen timbers producing some smaller Barra and the odd Fingermark and Mangrove Jack. It got to mid morning and we decided to head to some deeper water and flick some lures along a couple of rock bars that we noticed had been holding some quality fish.

It was one of those rare cases when a plan comes together immediately. A good size Barra launched itself out the water with my homemade timber lure attached to the side of his mouth. At first glance, the gob on this thing looked similar to the size of a basketball ring and it was that moment I thought, shit yeah! In the net she went and it looked every part of a meter. Nope, just 99cm. You won’t believe me but my next cast and BAM! The exact same result across the same rock bar, a big fish launches out of the water with the same homemade timber lure locked into the side of its mouth. This is it I thought. Not only because it was heavy but i’d spilt a full beer. It just had to be my trophy fish. Out came the ruler. And it was again 99cm.

I was shattered. Well as shattered as you can be when you are out on the water with great mates, cold beer fishing.

The afternoon rolled around and I landed two more good sized Barramundi on soft plastics that measured 96cm and 94cm.

Am I a man? Well I still need to nab myself a one metre Barramundi. And the Burdekin River will be the place I do it.

That afternoon was probably one of the most enjoyable days fishing I have had in quite a while and gave some real appreciation of the quality of fishing to be experienced in this region. Fishing for me has never been about catching huge fish. Yes, I do have certain fish that I want to tick off my bucket list. But if I can continue to explore areas like the Burdekin and fish with good people over a quite beer, i’ll be happy.  For any package information on the Burdekin contact us at Outside Edge Adventures. We are passionate about fishing and adventure and we can arrange your next fishing trip in Australia or overseas. 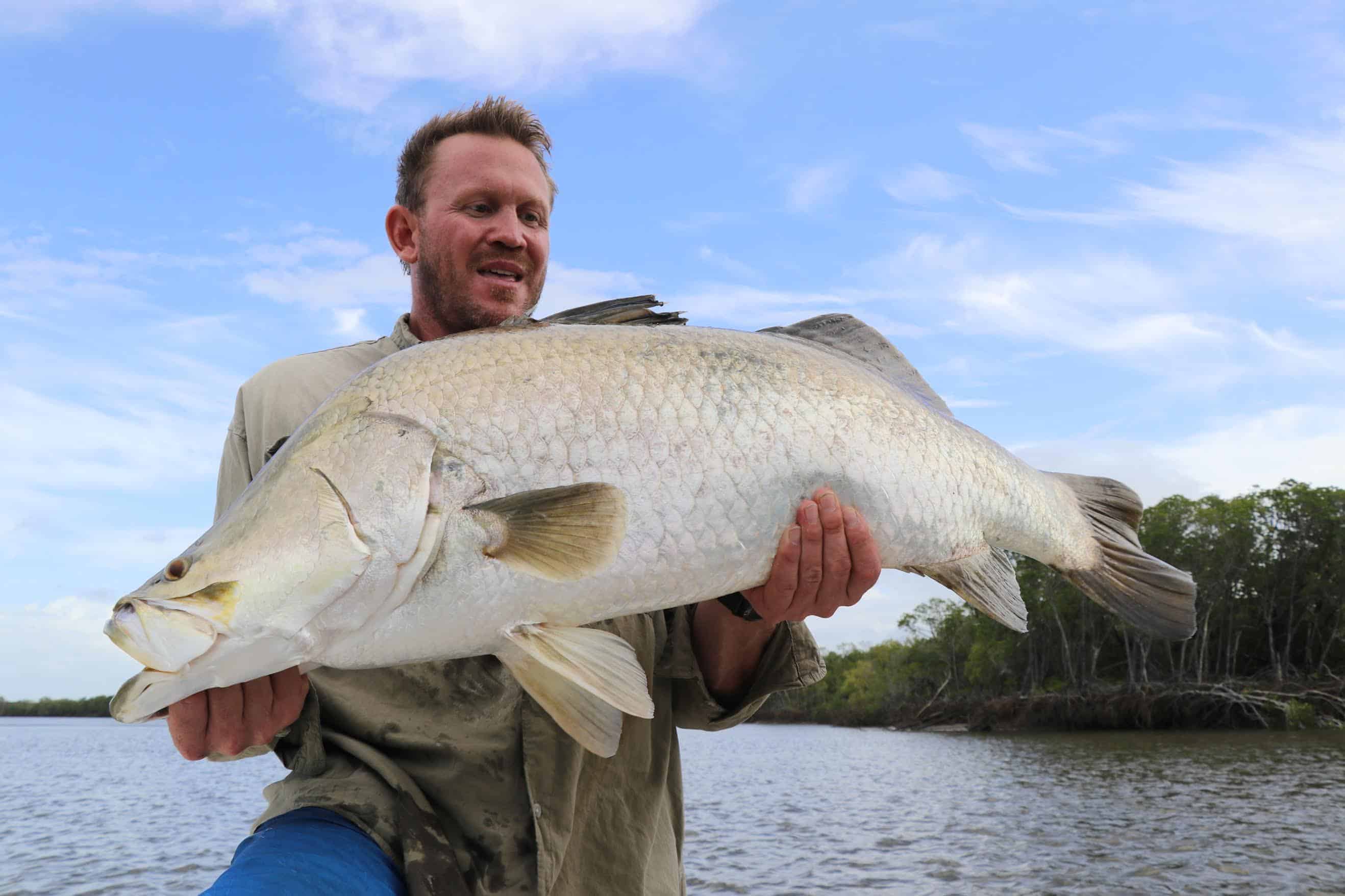 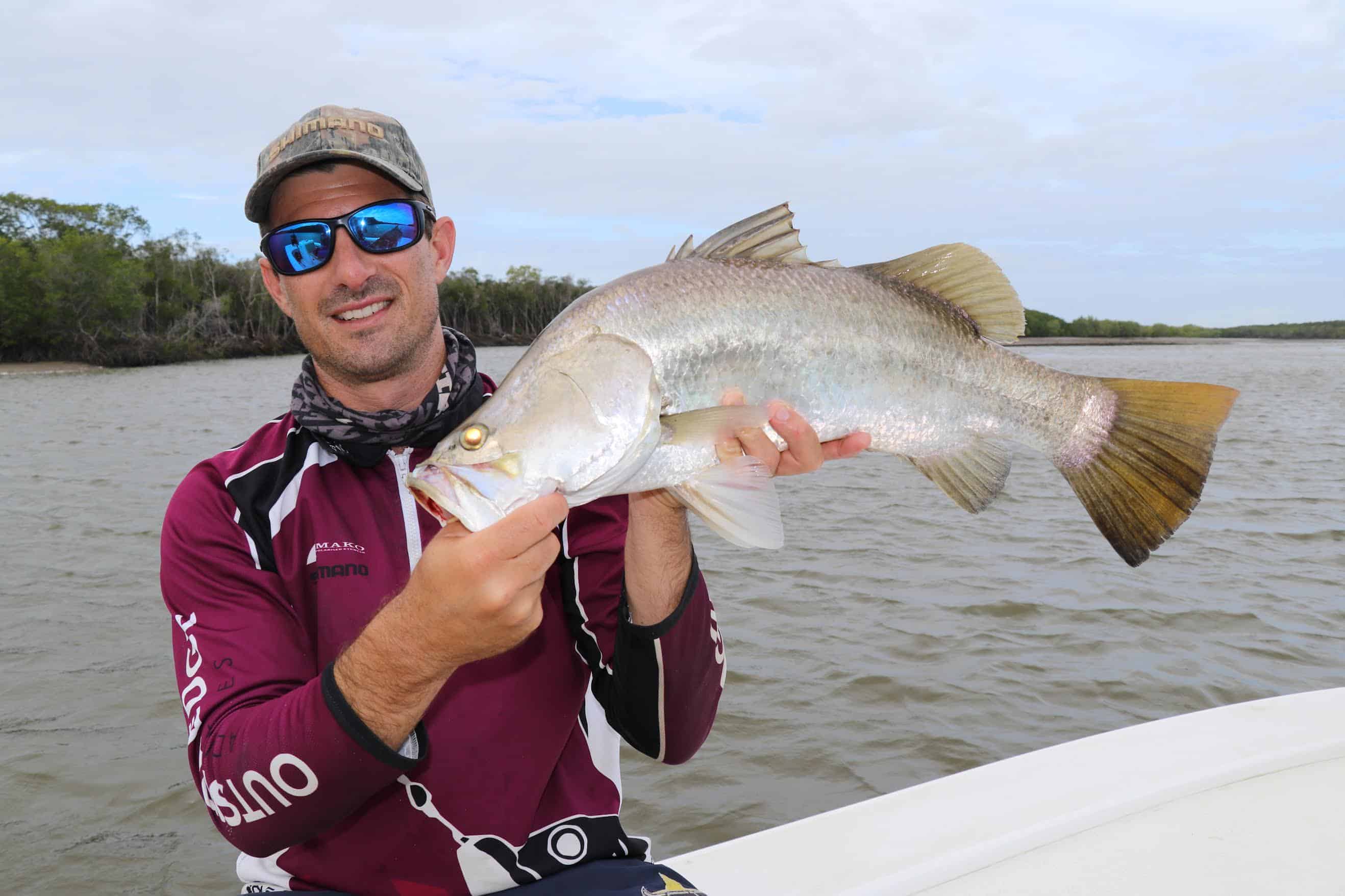 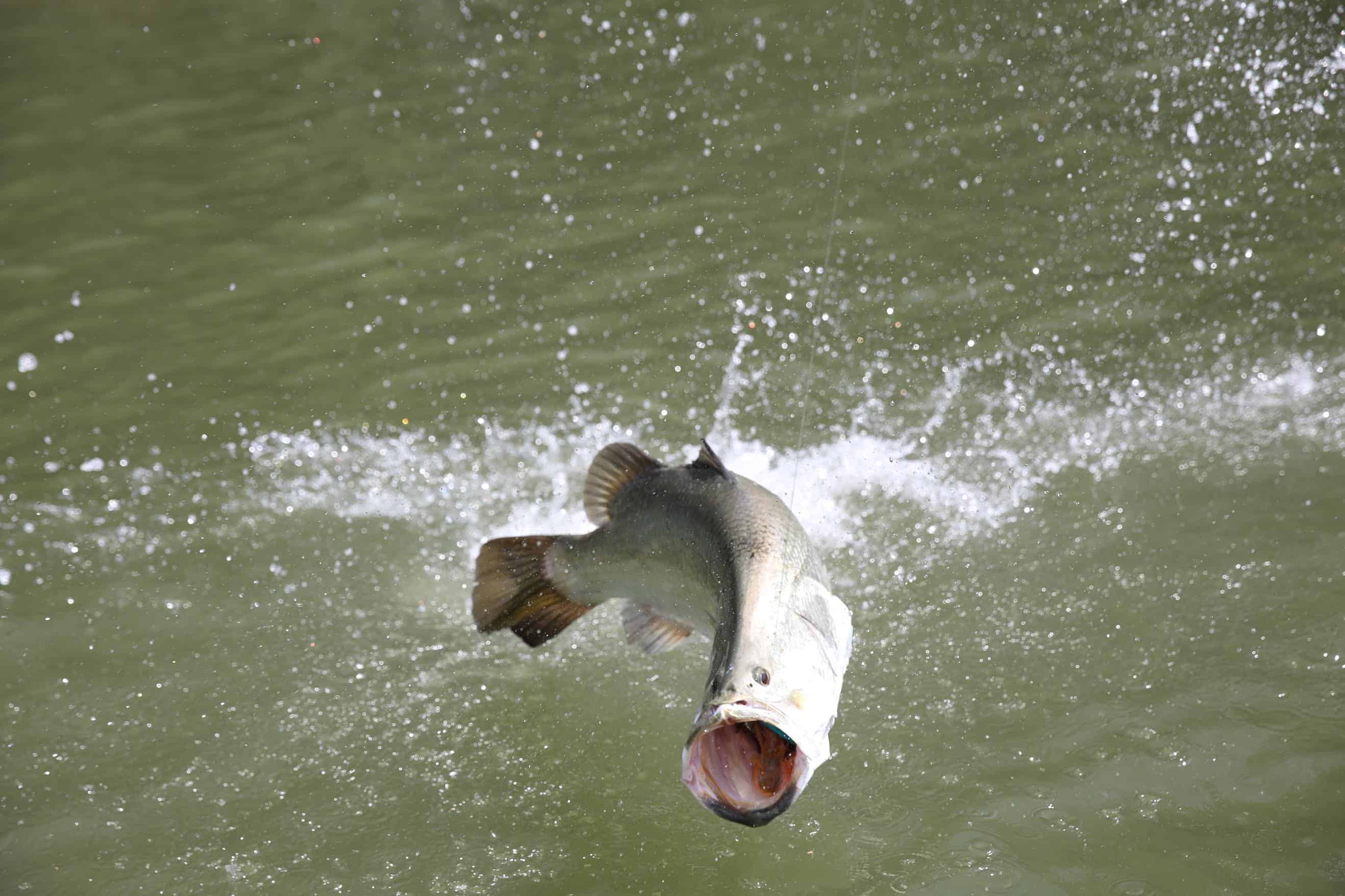 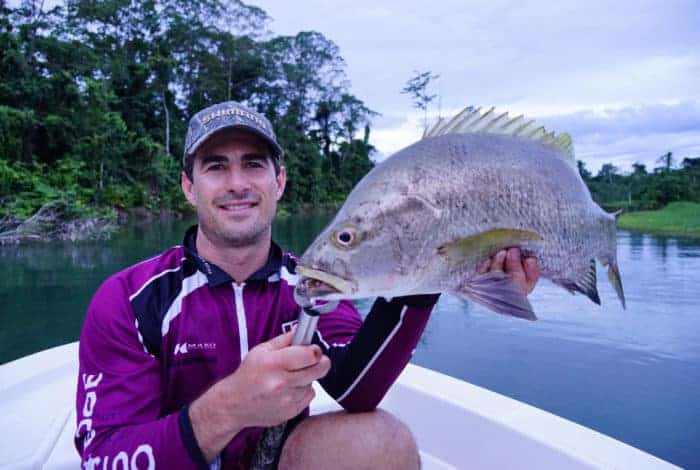 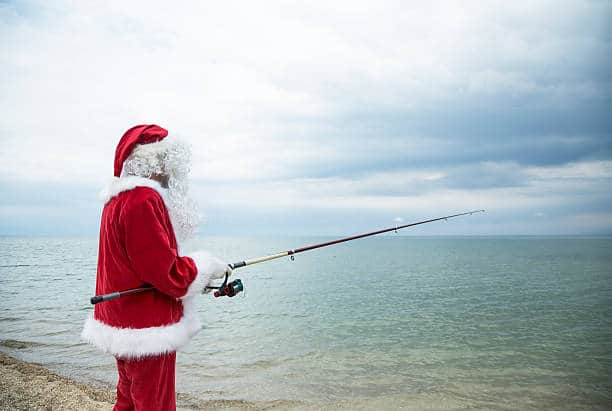 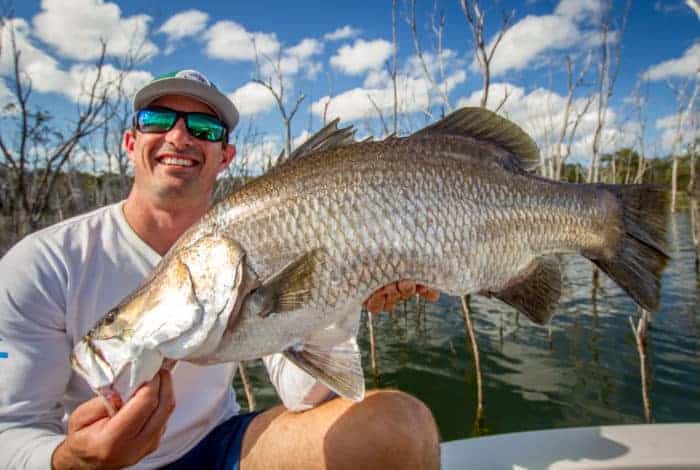